Okay, I admit it.  There was a time, many years ago, that I didn't like brussels sprouts.  Now I love them!

Someone who reads my blog regularly, posted on facebook recently that she had really tried to like brussels sprouts but just couldn't.  I suspect her reason for not liking them is similar to my reasons years ago.  I remember trying a new brussels sprouts recipe that I found decades ago. . . back when my sons were little.  It was awful and I got ugly looks from my family at dinner that night.  John and Michael were experts at poking their lower lip out when something didn't go there way. "Dad, do we really have to eat this stuff?" one of them asked. . . Notice how I was left out of that decision.

Years went by before I ever ventured into brussels sprouts territory again.  I remember it well.  I was in the produce section at Wegmans.  I witnessed a woman filling a bag full of brussels sprouts.  She saw my strange way of looking at her!  "You don't like brussels sprouts?" she asked me.

She enthusiastically began telling me several ways to prepare them.

It was quite awhile after that when I decided to give them a try.  When no one was looking, I did a search on the internet of brussels sprouts recipes.  Now I buy a bag full of them myself!

There is my recipe I posted here recently, several posts down - or find it in the side bar under January 2014.  Then there is the way I prepared them tonight:

Cut the bottom stem off, tear off any darkened leaves.  Slice them into thin strips.

Saute in a hot frying pan for several minutes in a sauce of olive oil, fresh lime juice, and salt.  When you put them on your plate, sprinkle lightly with parmesan cheese.

A matter of perspective

My cousins down South are excited that they may get up to two inches of snow this week.  And if I never see another snowflake in my life, I wouldn't be upset.

This has been an unusually harsh winter in upstate New York. . . oh, for those not from New York!. . . "Upstate New York" means anything north of New York City.

I keep my LLBean duck shoes that I wear outside working in the yard in the three season room, which is not heated.  One pre-dawn morning this week, I slipped my feet into them to take the dogs out.  They were frozen to the floor.

In order to cut down on winter accidents, the roads are coated with salt.  This melts the snow and ice on the road but is also not good for your car.  So I run my car through the car wash at least once a week in these conditions.

I miss being outside as often as in other seasons.  There is something wonderful about just going for a walk and clearing your brain of the worries and cares of the day. Or riding my bike out in the hills of Mendon with its distant views and cornfields  and barns.

I live for the day when winter becomes a thing of the past for another year and sunshine and warmth take over once again.

Yesterday, another woman lost a long battle with breast cancer.  Joan (not her real name) was a sister-in-law of one of my best friends.  I don't recall how many years since she developed this dreaded disease, but it was many years.  Less than a month ago, she was told she was in remission.  Over the last five or so years, (I lose track of time!) she has been up and down.  There were times she seemed almost cancer free.  Other times she was down.  Then they would try a new treatment on her. . . and on and on.

Recently, a faculty member in the department I work in at URMC, learned she had breast cancer.  Not that I would wish this disease on anyone, but Mary (not her real name) is just one of the nicest people you could ever hope to meet.  Unlike many of the clinical and research faculty at the Medical Center, she not only is a brilliant clinician and researcher, but most importantly, she has a life outside of work.  In other words, she's a down to earth person.  It really isn't fair.  In her case, it appears they caught it early as she is Stage 1.

I'm no different than most every other educated woman.  I do all the right things, eat right, get preventive medical care.  I beat heart disease in its tracks.  Yet cancer can cast it's evil spell on anyone. . . anyone.

Is it the environment we live in?  The chemicals in the food we eat?  Stress of everyday living?  The air we breathe?

This country has made great strides in so many areas.  Why can't we make cancer a thing of the past, like polio, tuberculosis and all those other diseases from yesteryear?

Oh, you are going to love this one!

Ugh, I thought this relatively mild weather we are having was too good to be true. Next week another frigid air mass from Canada is forecast to drop down on us as far south as Alabama.

It's not even the temps in the teens and single numbers that are so bad.  It's the wind.

How do I deal with it?  First, bundle up!  But equally important. . . my annual pilgrimage South is just around the corner!  Short sleeves, sun hats, sunshine and good times with my cousins at our annual reunion!

Cousins' Reunion just on the horizon 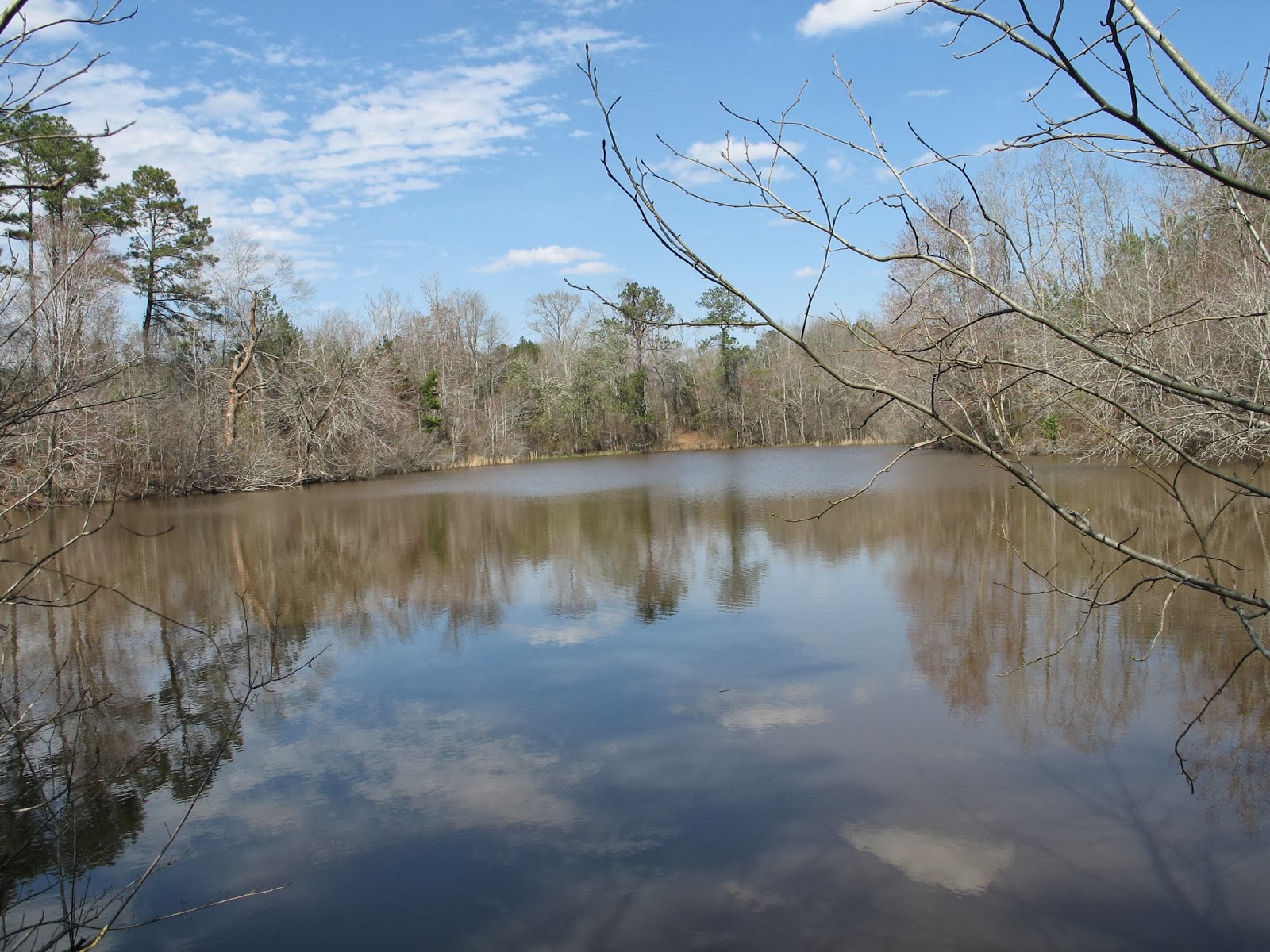 Every year when winter has lost its harsh grip and the days turn sunny and warm in the South, the Morgan cousins gather at the old homestead in rural Alabama, way out in the middle of no where.  This year's reunion will be number six.  There is the Pensacola contingent, the Jacksonville contingent, the Andalusia contingent, and then there is me, the lone Yankee who makes the two-day trip!

We gather on land that has been in our family for over a hundred years.  My dad and his siblings were raised on this land.  My grandfather was a prosperous cotton farmer decades ago.  I remember some of the last of the cotton plants on the land that were still producing cotton when I was barely school age.

I arrive on a Thursday, tired after two long days of driving, but excited about the fun times ahead.  The small town doesn't have more than the usual chain restaurant fare, so I cook for everyone on Thursday and Friday night.  Last year my crock pot beef stew was a crowd pleaser.  Thursday night, usually, is just me and Pam and Aunt Ileen. . . she is 92 this year and still going strong.  Friday morning, Bobbie and Kenny come in from Lake Butler, near Jacksonville, and we head over to the land.  Kenny and I are avid gun enthusiasts and we have fun target shooting and showing off our guns.  The stories get bigger every year.

Saturday is the big day with the rest of the gang arriving.  It is a relaxing, stress free, get-away-from-it-all time.  We walk the land, shoot guns, enjoy a pot luck feast, take pictures, whatever we want to do.  And all too quickly, the few days that we look forward to all year, are over for another year.

During the recent extreme winter weather we had, I found none of my gloves were adequate for keeping my hands warm on the long walk from the parking lot into work.  I have Renaud's Syndrome, which means when my finger tips get cold, they really hurt and it takes a long time for them to warm up.

I went to my usual sources, LL Bean and REI to purchase a good set of winter mittens.  Neither had a good inventory left and nothing that I wanted.  So I did a search of "women's winter mittens."

"Moosejaw?" I asked as my eyes went down the screen.  I had never heard of them and tend to be cautious about ordering online from a company I have never heard of.

Their website is comical, most likely written and designed by a bunch of 20-somethings.  But they did have what I wanted and I was desperate.  So I placed the order and took the standard shipping at no charge.

The gloves arrived by FedEx this morning, less than a week from when I placed the order.  I"m impressed.

Moosejaw packaging is as comical as the website.  There is a big label on the outside saying, "Sealed with a Kiss" and someone signed their initials.  And there was a little surprise inside the package.

I don't know how long this company has been around, but they do have good marketing skills!

How about you? Has anyone else ordered from them before?

This turned my giggle box upside down!

So now the Crimson Tide, which was the number one team in the country for most of the season, lost out "by a second or sooner."  Translated, they lost the Auburn game in the last second and the Oklahoma Sooners beat them in the Sugar Bowl.

Tonight, the Auburn Tigers play "for all the marbles" in the BCS Championship Game in Pasadena.  My cousin, Rita, and her husband, Kip, are a "house divided."  Auburn was never expected to go this far in the postseason.  Kip is a strong Auburn Tigers fan, although I have been trying to rehabilitate him over the years.

With Auburn playing in the BIG game tonight, Kip, most likely to annoy Rita, goes through the house singing the theme song from the old sitcom, "The Jeffersons," "Movin' on up!"

When I read that on facebook, I laughed hysterically!

As I said at the beginning, you have to understand the mindset of the Southern football fan!
Posted by Sherry at 1:32 PM No comments:

A definite addition to my Wonderful Moments jar!

I hadn't been on the scales in at least a month or more.  So I stepped on this morning after drying off from the shower.  What?  Maybe I should go get my glasses. . . that can't be right.

Since the last time I was on the scales, I have lost 5 pounds, even after all the chocolate and goodies I ate during the holidays!  I verified that with my glasses on!!!

I was scrolling through my facebook page and came upon a totally wonderful idea that I never thought of before - the wonderful moments jar!

At the beginning of a new year, choose a jar to be your "wonderful moments jar."  Each time something nice happens to you throughout the year, write it on a piece of paper and drop it in the jar.  At the end of the year, open it up and read all your notes.  That must be a great feeling to read through them all, many you may even have forgotten about.  Or even better, how about when you feel the world is really down on you and all you can see is doom and gloom.  Open up that jar and see if it makes a difference in your outlook!