I am really thrilled with the Citizen's Police Academy that I am participating in for eight weeks.  We are learning so very much about the workings of our town's police department and the criminal justice system.

Being a gun enthusiast, I really liked the night they showed us their firearms.  You may remember in a post from last summer where I told about the police walking up my driveway with a shotgun in his hands!  I walked out the door and said, "Is this about the rabid fox in our neighborhood?"  They found it in my yard.

Another night, our county's District Attorney and the Public Defender spoke to us.  I didn't know that the DA's office has outreach programs to reach inner city youngsters at an early age to hopefully start them on the right path so that they never end up in the criminal justice system.  The idea is to encourage reading and to let the children know the police officer is their friend.

Recently our two town judges spoke to us.  Another new thing I learned, these two judges are on call 24/7 to be called in for arraignments.  The first question someone asked, "Why do you have to do an arraignment at 2:00 am?  Why can't you do it later that morning?"

The judge responded, "That's what my wife asks everytime the phone rings in the middle of the night!"

When someone is arrested on a felony, they need to be brought into court immediately to be told what they are charged with.  Our town police department only has a holding cell.  There is no way to provide for a prisoner.  Therefore, they need to be arraigned and then carried to the jail downtown unless they can post bail on the spot.

In an upcoming class, we will see the police dogs used by the City of Rochester.  I will have to curb my natural tendency to walk up to them and put my arms around them!  These dogs are not meant to be cuddled and played with!

Many police departments hold these classes, so check with your area to see if they are offered.  I highly recommend them.
Posted by Sherry at 8:48 AM No comments:

to make this world.

Anyway. . . they told me it would take three hours.  I was going to ask for a loaner car, but decided instead, I'd take the book I'm currently reading and wait in the customer waiting room.

I arrived at 8:00 am.  There were only two or three other people, all involved in either a book or their kindle.  It was quiet.  That's what I wanted.

She wandered around until she found it, then came back into the room and sat down near me.

"I don't like this waiting room," she said, to no one in particular.

When no one even looked up to acknowledge her, she seemed to settle down somewhat.  Secretly, I was hoping she was only there for an oil change and would soon be leaving.

After a short while, a man from the Service Department entered the room and called her by name.  Her reply, "Oh, God.  This can't be good.  AM I GOING TO BE UNHAPPY?" she demanded of the poor man.

Ignoring her question, he proceeded to tell her she would need a new radiator.  They both left the room and she never returned.

It was a rather pleasant wait from then on and they finished with my car in two hours instead of the three they initially estimated.
Posted by Sherry at 10:35 AM No comments:

Learning to use my new oven!

So I opened the owner's manual and followed the directions.  But no matter what I did, the convection oven came on (that's my side of the story).  Finally, I sent an e-mail to the sales person at Charlotte Appliance.  She responded, giving me the same instructions as I had been following.

"What am I doing wrong?" I asked myself.

When I turned the knob for conventional baking, I immediately heard a sound that I swore was the fan for the convection oven.  Only this time, I opened the oven door and stuck my hand inside to "prove" that the fan was on. . . except that the fan was not on!

I can laugh at it now, but I was getting really frustrated for awhile.

I cooked a roast, using the convection setting one night this week.  It turned out great.
Posted by Sherry at 10:01 AM 3 comments: 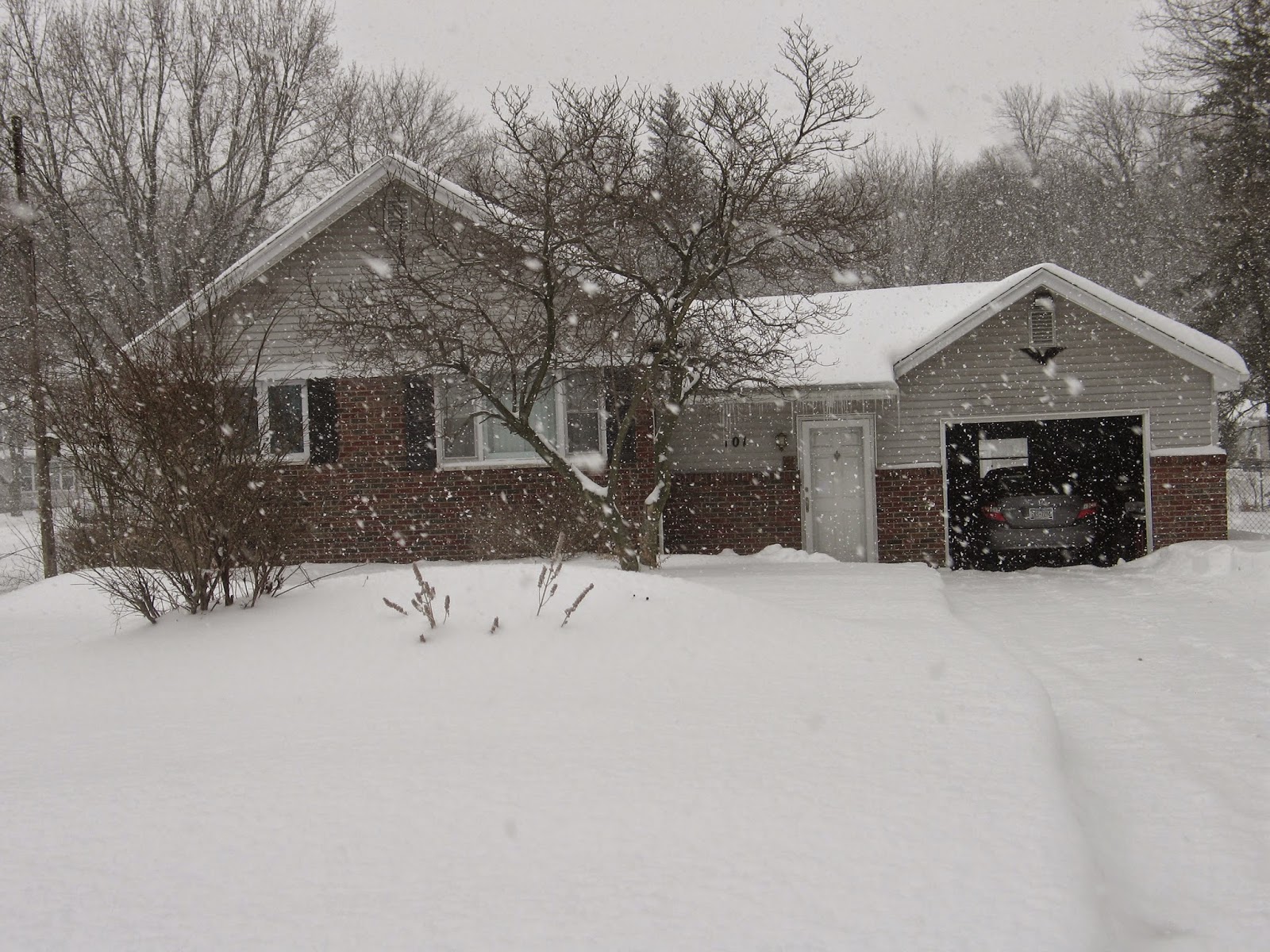 This is the beginning of yet another storm headed our way.  Can you see the big puffy flakes in the picture?  We are under a winter storm warning through Tuesday. 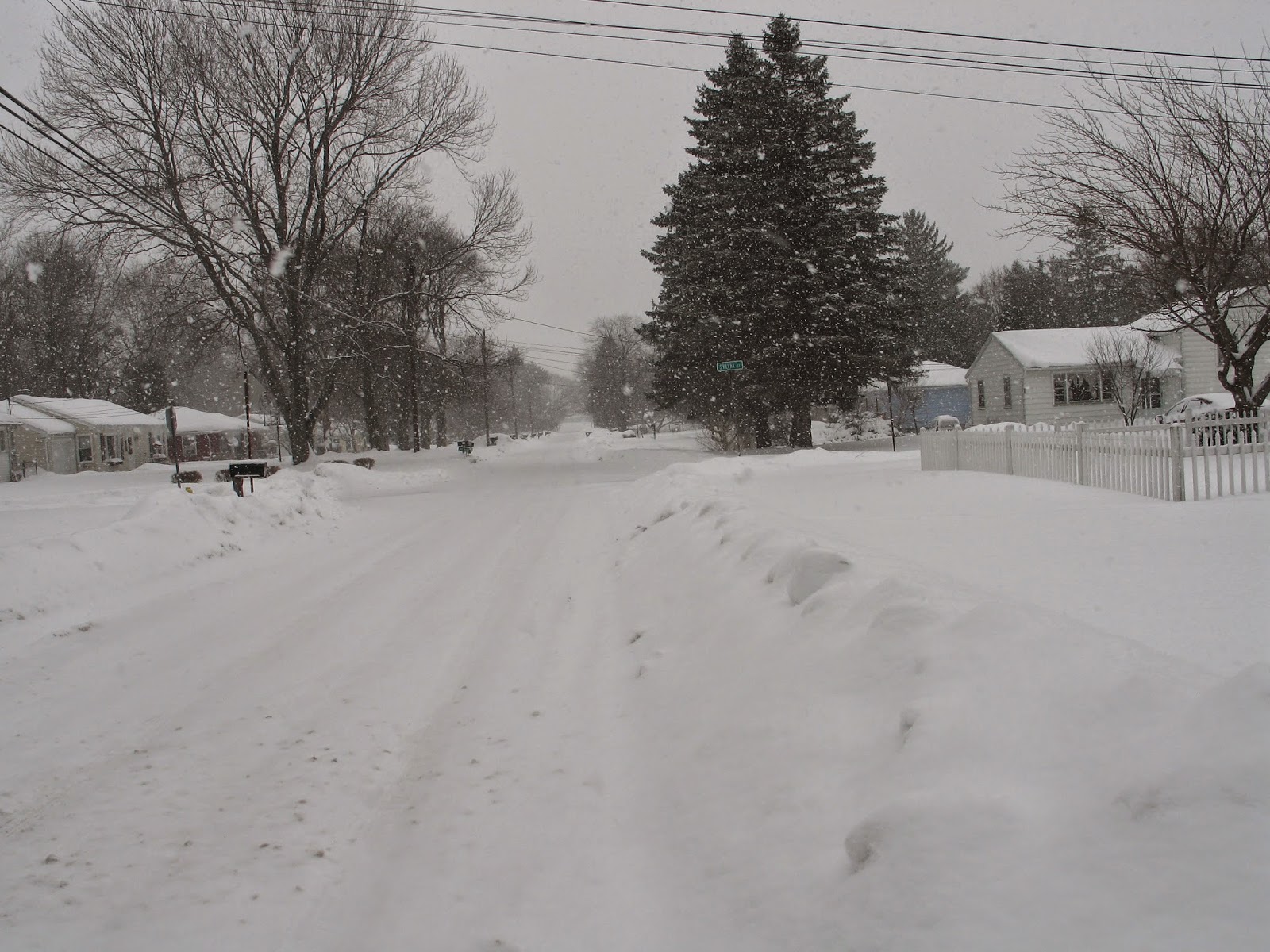 This is a view down my street from the side of my driveway.  Yes, it's pretty.  But by this time of year and with all the snow we have had to deal with, we are tired of it and are anxious for Spring!  You can click on these pictures for a larger view that really shows the snow flakes falling. 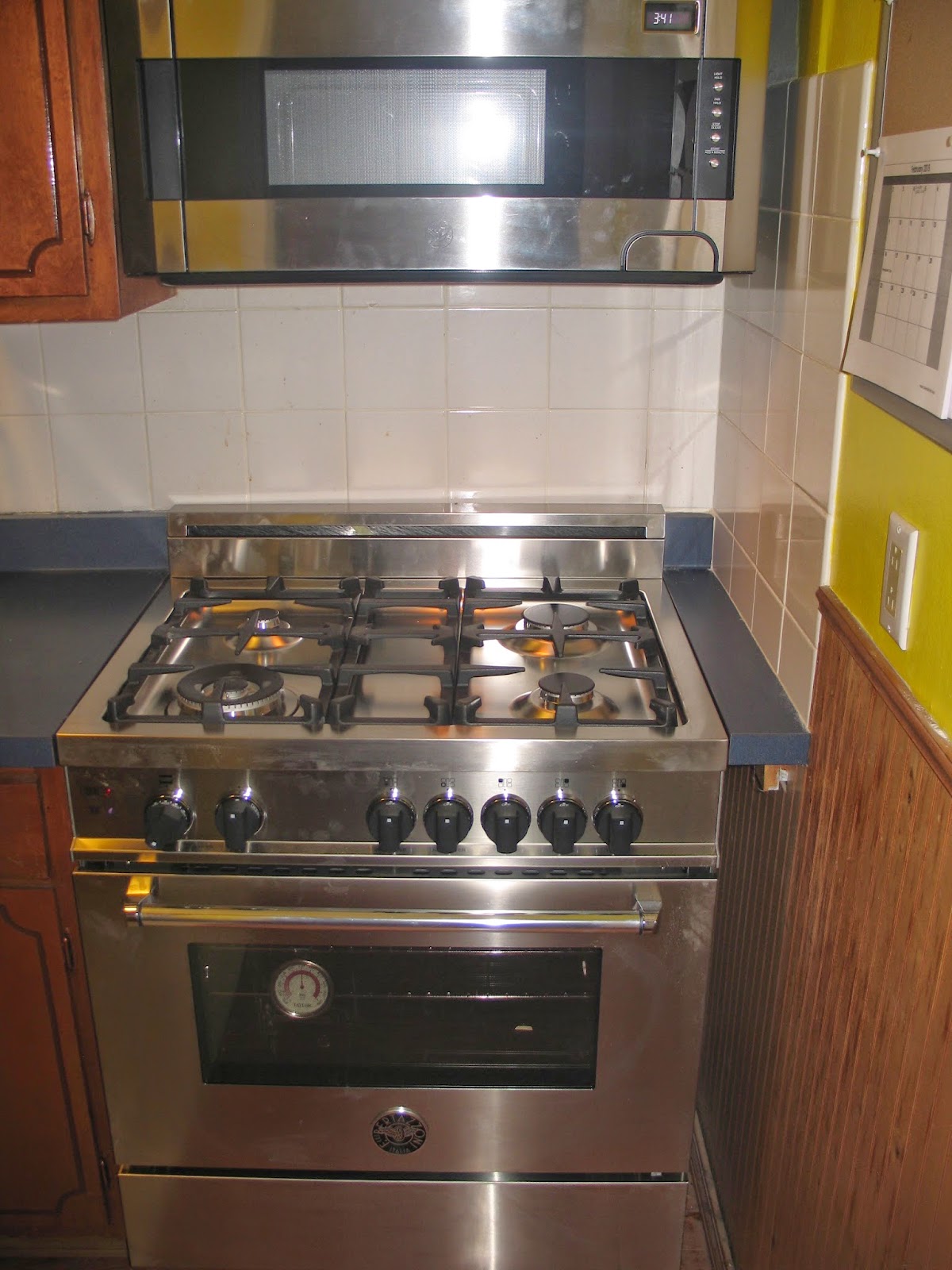 Here is my new range and microwave!  (Should have removed the oven thermometer before I snapped the picture!)  A major step up for me considering my old range was 18 years old and the microwave not far behind.  The microwave was actually free - part of a promotion.  I'm especially thrilled with the front left burner.  It is a dual burner for either simmering or full blast for stir frying or boiling water rapidly.
Posted by Sherry at 3:54 PM 1 comment:

A short time ago, I was baking a cake in my oven and when the timer went off, the layers weren't even near being ready to take out.  I got an oven thermometer and discovered my oven is off by 35 degrees.  No wonder lately my pies have taken long than usual to adequately brown.

Do I replace this 18 year old stove or do I get another repair on it?  My friends encouraged me to get a new one. "As much as you like to cook and bake, go get a new one," one friend said.  Another friend pointed out the advancements in appliances since my old one was bought.

So I ventured into Charlotte (pronounced shar-LOT, to those outside Rochester!) Appliance, where I have bought all my appliances in the 40 plus years I have been in Rochester.  They are a family run business that has been around for 70 years.  You go in and ask questions, tell them your needs, and they will listen and make suggestions.  And they don't know the meaning of being "high-pressure." Delivery is free.

My new range will be delivered on Saturday.  As part of a promotion the store is having, I also get a free microwave.  My current microwave was installed by my father and he's been dead 12 years!

Posted by Sherry at 1:48 PM No comments: